All received network packets on extended ports will be encapsulated by the Port Extender with an E-TAG header (EtherType 0x893F) and forwarded through an upstream port, towards Controller Bridge. An E-TAG packet contains information regarding the PE source port ID. Once a Controller Bridge receives the E-TAG packet, it knows exactly which extended interface received the frame. Then CB internally decapsulates the packet and processes it through a regular switching decision (host learning, destination address lookup, VLAN filtering, etc.). Once a switching decision is made, the Controller Bridge will again encapsulate the original frame with an E-TAG and send it through a cascade port. For a single destination packet (unicast), CB will include the PE destination port ID in the E-TAG. For a multi-destination packet (broadcast, multicast or unknown-unicast), the CB will include a target group mark and source port ID in the E-TAG. Once a PE device receives E-TAG packet on the upstream port, the PE decapsulates the packet and forward through a correct extended port, or flood packet per extended port (except for source port). 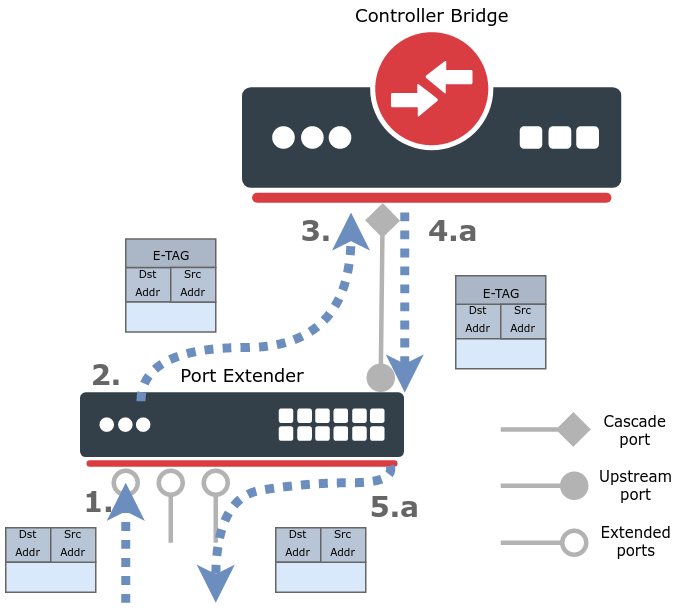