To enable CB, you need to specify the bridge, switch and at least one cascade port. Make sure that cascade ports are not included in the bridge or routing configurations. These ports are recommended only for a CB and PE usage.

To enable PE, you need to configure control ports and switch. Additionally, you can configure one or multiple interfaces that should not be extended with excluded-ports property (e.g. for out-of-band management purposes). In this examplesexample, all switch ports will be extended.

Once PE and CB devices finish the discovery and start the Control and Status Protocol (CSP), the RouterOS will permanently create new interfaces and add them into bridge on the CB device. Interfaces are named by the automatically assigned PE device name, plus the default interface name, these interface names can be modified . By default, ports are added with frame-types set to admit-only-untagged-and-priority-tagged. Note that control and excluded ports will also be displayed into afterwards. Note that control and excluded ports will be also displayed into the interface list, but they are not included into the bridge. 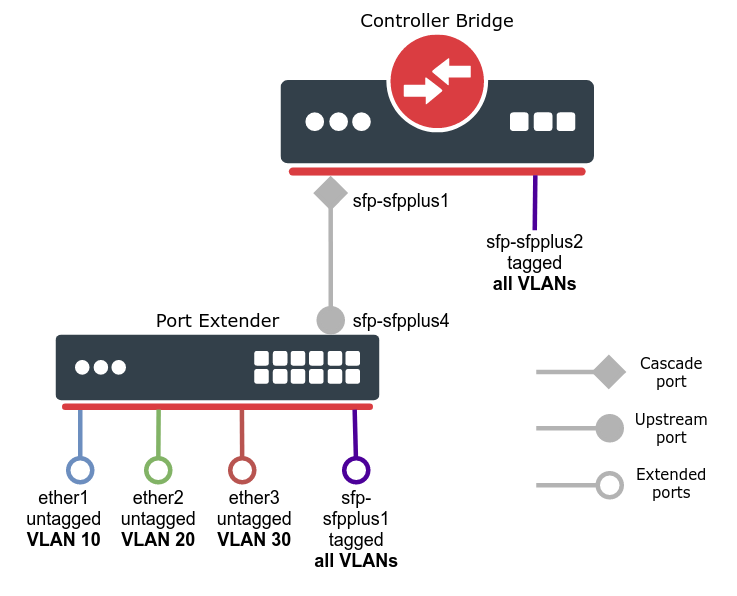 We first need to First, configure the CB and PE devices, the configuration is identical to the previous example. Use this configuration for CB device.

After extended ports are successfully created and added to the bridge on the CB device, we can start configuring VLAN related properties. First, we will configure access ports to their respective VLAN ID using a pvid property. Use a print command in "/interface bridge port" menu to find out the exact interface name. 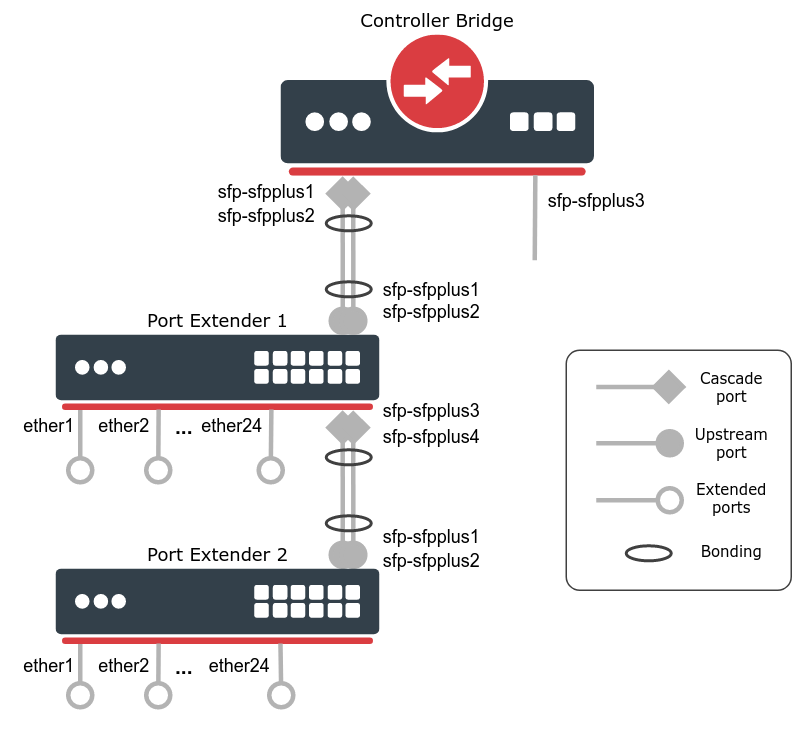