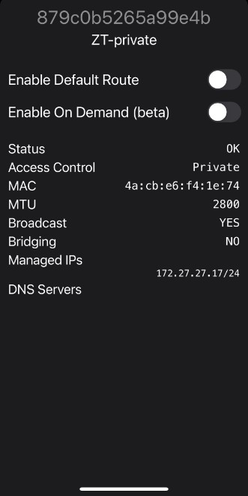 All ZeroTier nodes on a planet effectively inhabit a single data center. This makes it easy to directly connect devices anywhere, but it has the disadvantage of not working without an Internet connection. A user-defined set of roots is called a moon. When a node “orbits” a moon, it adds the moon’s roots to its root server set. Nodes orbiting moons will still use planetary roots, but they’ll use the moon’s roots if they look faster or if nothing else is available.

More information you can find here, but further in this article, we will take a more detailed overview of very basic operations with moons in RouterOS.

In the following example with the update-moon-json configuration command we generate a .json type file and its corresponding .moon file:

If you configure update-moon-json with moon-json and existing .json file:

By opening the updated .json file we can find an additional root:

As the self-explained export-moon command indicates, you can export the moon from the working ZeroTier instance:

To import a moon you have to select an instance and the moon file for import, in the following example we will import the moon from "RouterOS Office" to the "RouterOS Home" device:

To remove the moon from the instance, use the drop-moon command as follows:

The orbit-moon feature allows you to fetch moon configurations from the moon itself with a pointing IP address: